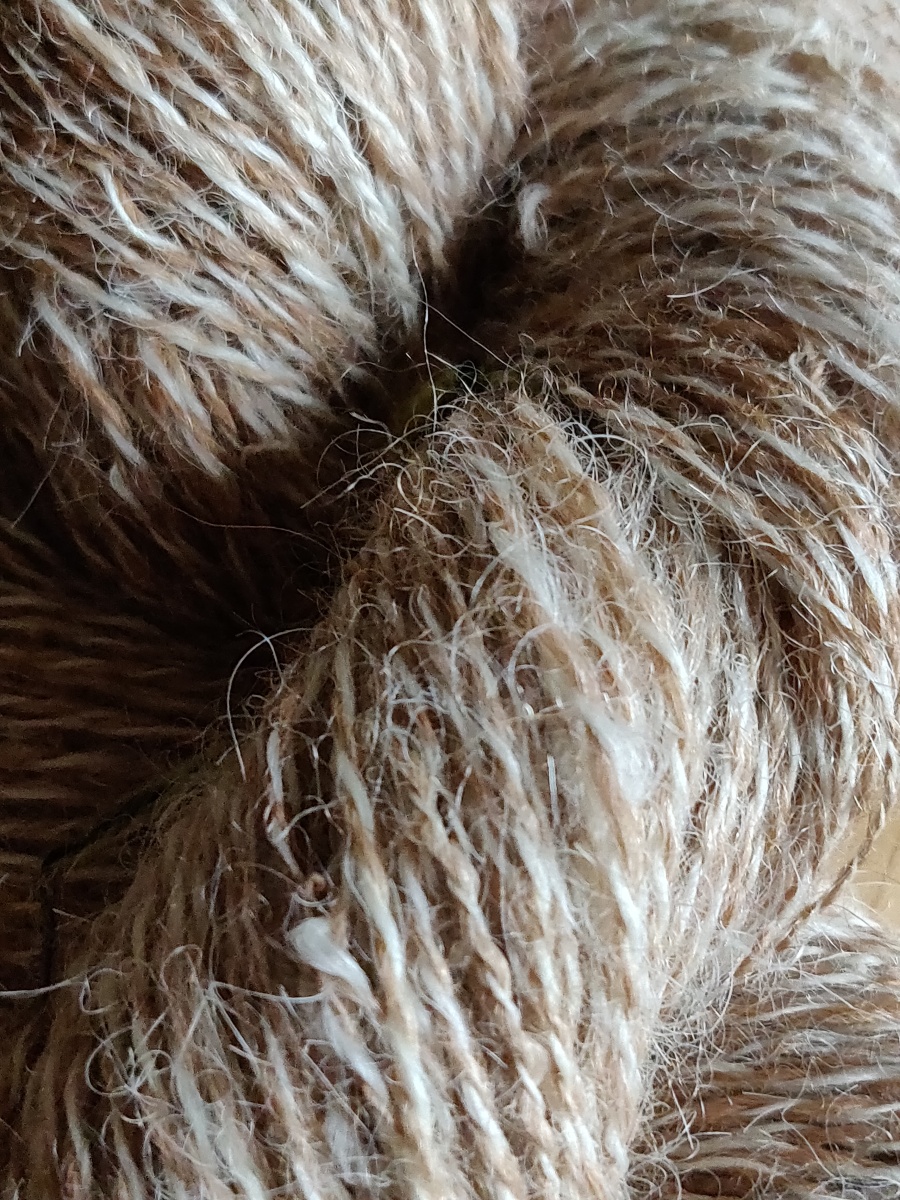 If you have seen some of my earlier posts about machine knitting and spinning you might realise that I am keen to put the two together. I was given a fleece that is long-staple, not-very crimped and quite lustrous, but I don’t know what breed it is from. Its also quite coarse with well defined locks. The first batch I stove-top rainbow dyed, and spun from flicked locks. It worked OK, and I got a reasonably fine yarn. I also have a lovely soft, long staple Alpaca fleece, so I worked with the two as separate singles to ply together. This yarn worked at tension 8 on a standard gauge knitting machine.

However, I was determined to get it thinner. I started with the Alpaca, and after hand carding the fibres, spun it worsted using a double drive wheel with the lace flyer and was so pleased with the results. I got a 28wpi singles from the Alpaca which was quite dense, not light an airy, but I wanted it to match the coarser fibre’s density. To prepare the long-staple wool I decided to comb the locks on wool combs. At first I was slow, because although I have done this before I’ve not practised a lot. It was exciting to find I got faster quite quickly and began to get some lovely long slivers coming off the comb. After spinning in the same set up as the Alpaca, I have also managed to get the rather coarser wool to produce a 28wpi singles, so I am pretty pleased as this will give around 14wpi 2ply.

I have plied all of the yarn, and am waiting for the second skein to dry. Meanwhile I have knitted a tension swatch on the Knitmaste SK840 and can get it to knit at either tension 5 or 6. Tension 5 is a nice looking stitch, but the handle is stiff, so I opted for tension 6 instead. I probably should have tried between the two, but when each metre of yarn takes so long to prepare and spin I was reluctant to use too much on sampling at this stage. I will add photos of the fabric once I have given it a wash and steam.